– Hi Mariusz ! Welcome to iamretro.gr ! Can you introduce yourself and your music to our readers a bit please ?

– My name is Mariusz Wasilewski (KATOD pseudo). I am from Poland. 38 yo. I was studying acoustics/electronics, but now I am working in a car’s workshop 🙂
Music plays a very important role for me. It is mainly a hobby that gives me too much of fun and happiness.

– Have you been involved somehow into any computer demo scene (C64, Amiga or PC) ? Did you compose a music theme for any game(s) commercial or homebrewed ?

– No, I am not involved into demoscene. I had some offers in the past from Amiga’s and PC’s demoscene members when I made some tracker tunes, but I was performing in live bands then, so I was not so interested in creating computer music.
I played in a few bands, mostly on electric guitar and bass guitar. I played in a great variety of bands like thrash metal, progressive rock, instrumental and even in a death metal band.
Now I don’t have much time for live band performance, so I am focused on composing and recording (track by track) my instrumental music.

– Have you a music theory background ? Have you studied it or you compose by experience ?

– No, I was not in a music school. I am composing by experience. I performed in some above mentioned live bands before, so I have some practical experience in making music.
I also had many occasions for playing drums, so I have basic drums playing skills. It helps me to add some “real sound” of drum tracks in my music.

– Do you make use of a midi controlled synth/device or you prefer writing your music on paper, note by note ?

– I always prefer playing real music instruments. When I am composing, I am recording a simple back track on bass guitar or synth and I am playing improvisation on a few instruments.
When I compose something interesting, I immediately record it then proceed with modifications or extra additions. I love minimoog sounds, so I am using VST version (real moog is too expensive for me 🙂 )

I am recording minimoog parts via MIDI using Commodore MK-10 MIDI keyboard (It is a toy, but I love it), and Yamaha DX7 via MIDI (for fast parts, and some chords).

Of course I have both modified C64 and C64C always plugged in, ready for action ! I have a ROM switch (Cynthcard 1.24 and Retroskoi ROMs) and 2 x POTs modifications. I have also built an internal SD2IEC in my C64C. Usually I want to have a “saw” waveform on my first C64C and a “pulse” on my second C64. So when I am playing, I have (without switching) 2 minimoog instruments (MK-10 and DX7), and 2 x C64 waves (pulse and saw). I can play all of them simultaneously.
When I need a guitar part, I am using one of my electric guitars: Cort Solo Series or Jackson DK2S. I have also a Randall RG50TC combo (nice tube amplifier) and a microphone for recording directly from my Celestion speaker.
On my Cort guitar I have installed a MIDI interface that gives me way to record (via MIDI) from guitar, or playing live by synth sounds.

– Do you really have to ask for ? 🙂
Of course Rob Hubbard ! He is the original composer of many great C64 SID tunes including : “The Last V8”, “Chimera”, “International Karate” and my MOST favorite C64 SID of all time which is “Commando” !
Actually, Commando’s arcade music theme was composed by Tamayo Kawamoto but Rob Hubbard‘s SID version is quite better. It is a masterpiece and one of the best SIDs ever made !
I also like Matt Gray, especially his “Last Ninja 2” music theme, Nick Scarim (“Spy vs Spy”) and of course Jeroen Tel (also known as WAVE) with “Supremacy” – What a brilliant SID ! – “Cybernoid” and “Lemmings” tunes.
About modern composers, I like very much Markus Klein’s (LMan) innovative compositions.

– Which chip do you prefer to create your tunes, the warm and familiar sound of 6581 or the crystal clear 8580 ? Do you find any pros and cons between them? Why do you think, most people enjoy listen to tunes created on C64 ?

– I am using both of them. That depends what instrument’s wave I am using (triangle/saw/pulse).
For pulse wave with changing PWM, I prefer 6581 sound. Sometimes when I need more aggressive sound, I use 8580 for pulse too. For saw/triangle I am using 8580.
There is also a different filtering for both SIDs (but also some differences between two C64 computers with the same type of SID, similar to analog synths as well 🙂 )
I am not using SIDs to play samples at all, so the buggy 6581 sample audible click feature (corrected later in 8580) doesn’t bother me to choose between those.

– Did you ever use or work with “SwinSID” chips ? Will it finally make it to be a perfect SID replacement ?

– SwinSID sounds very good for me. It can be a good SID replacement for playing games etc…but I am using real SIDs for the same reason I prefer using an original C64 and not an emulator. I like touching a real C64 keyboard, smell this “retro smell” when computer becomes hot…It’s just the REAL thing 🙂

– Can you send us a picture of your working environment (studio, favorite trackers / progys…) ? Reel off your secret weapons, please 😉

– In which way an old C64 is able to assist you ? What is its role ? How do you combine it in a perfect harmony with classic music instruments ?

– I am mostly using my C64s as analog synthesizers for their unique and pure oldschool sound 🙂 One C64 equals to one synthesizer, using 1 or 2 SIDs generators.
I just love C64 and other 8bit machines. I like playing games and write simple programs on them 🙂

– Do you use special trackers made for C64 or you prefer working with some more sophisticated ones like Milkytracker, Schism Tracker, FamiTracker etc ? What kind of software and extra hardware do you run on the C64 you use in your studio ?

– I am only using a few C64 sound programs. Cynthcart 1.24 (as realtime synth), Retroskoi (as synth) and Defmon (for making back tracks and some fast arpeggios during recording etc…).

I am recording my music, track by track on Cubase DAW, so for example 4 tacts of C64 line is played “live”, recorded, looped, then I am recording next track and so on…

– From A to Z, how long does it usually take to complete a perfect tune ? How harsh could be the whole process to compose a tune ?

– Sometimes it takes one weekend, sometimes even weeks (when I find time to work…one hour now…one hour few days later etc…). Sometimes, even after 2 months, I feel that I have to alter or to readjust something.
For example when my “7CATS” album was ready, during mastering process, I decided to completely change “Pussy” tune. I think it is much better now. I like making a fine tuning of all details…

– 2SIDs are OK for me, giving more features.
I prefer 1 SID tunes, because it is a bigger challenge to make something great on 3 generators only.
Composing for 3 SIDs is definitely a bad idea in my opinion. 2SIDs are much more popular, and 6 generators are quite enough for a good tune.

– Have you ever performed live on stage ?

– Yes, of course. I performed live on stage many times together with bands I played with in the past.
Together with my progressive rock band (Freeport) we won in band’s competition on Castle Party independent festival in 1996. It was on gothic castle in mountains, in Grodziec 🙂
Next year we also played on a Castle in Bolkow (The small castle in Grodziec could not accommodate so many spectators, so the festival had to move on to a new and bigger place). It was the time we started using some synthesizers together with real instruments like: electric guitars, drums, cello, flute…

– Your best remembered moments ? Tunes to be proud of composing them ?

– I like all music I composed so far…Usually everybody likes so much their own newest songs, but after some time, looking back for their oldies, they say : “Oh, that was pretty good“. I am also happy that I played so many different genres, I’ve learned a lot from these…

– May I steal a glance at your future plans ?

– Sure !
As you know, there is my full album released on April 2015 (KATOD – 7CATS).
It was also released on CD :
http://www.generator.pl/p,katod-7cats,5247.html
Here you can find the online versions :
https://play.spotify.com/album/0mi4SY0BxCKi4LM71WUGXE
https://play.google.com/store/music/album/Katod_7_Cats?id=Bvficswqasaozelmqq7guid33ym
and to other music services as well…

Now I am focusing on completing 2 projects, I am working on :

First one is : “KATOD & TOMALYO”.
I play moog, C64s, DX7, guitars, written drums and TOMALYO (Tomasz Dworczyk) plays bass guitars.
It is really a very interesting connection. There are many C64’s and other oldschool sounds in these recordings, combined with modern bass parts, real sounding drums etc…This album will be named “FUSION64“. Title track is available on soundcloud .

We have 5 tracks recorded for now. I think this album will be released sometime in first months of 2016.

Coming up is my next album which will be released a little later. Some songs are already waiting to get added into this  🙂 A couple of them were composed especially for my friend, as a soundtrack for an independent, psychedelic movie, which will be released in 2016.
I think, I will upload something on youtube soon…

I am also working on my next videoclips for my tunes. I want to make them very interesting, so I need some time for it. I am pretty sure that all my visitors will like them 🙂
Limited time is the one and only problem that I have to deal with all of them. I will really try to do my best 🙂
Greetings to all retro fans, oldschool fans and 8bit machines’ maniacs !
I want to invite you all to my Youtube Channel. There you will find very interesting stuff soon… 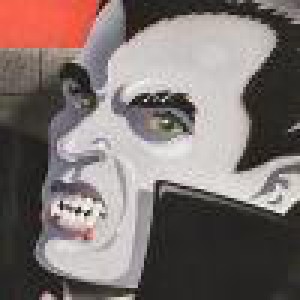 I am an avid collector of retro hardware. I collect anything retro ... from calculators, to real arcade boards and home computers. Being a tech/craftsman (self taught by experience), I like tinkering with electronics. I believe that hardware engineering is a kind of an art form. I don't want to miss any chance to grab my trusty screwdriver and my precious soldering iron just to repair, improve or spice up with a ‘mod-flavor’ almost anything. I was familiar with retro scene world when...wasn’t retro at all (!)...

This site uses Akismet to reduce spam. Learn how your comment data is processed.

Amiga RGBtoHDMI – What’s all the Fuss

StrikeWiFi Modem For The Commodore 64

Ogryzek cartridge For The Commodore 64

BLACK BOX V8 For The Commodore 64

Memoirs of a Spectrum Addict

We use cookies on our website to give you the most relevant experience by remembering your preferences and repeat visits. By clicking “Accept”, you consent to the use of ALL the cookies.
Cookie settingsACCEPT
Manage consent

This website uses cookies to improve your experience while you navigate through the website. Out of these, the cookies that are categorized as necessary are stored on your browser as they are essential for the working of basic functionalities of the website. We also use third-party cookies that help us analyze and understand how you use this website. These cookies will be stored in your browser only with your consent. You also have the option to opt-out of these cookies. But opting out of some of these cookies may affect your browsing experience.
Necessary Always Enabled

Any cookies that may not be particularly necessary for the website to function and is used specifically to collect user personal data via analytics, ads, other embedded contents are termed as non-necessary cookies. It is mandatory to procure user consent prior to running these cookies on your website.