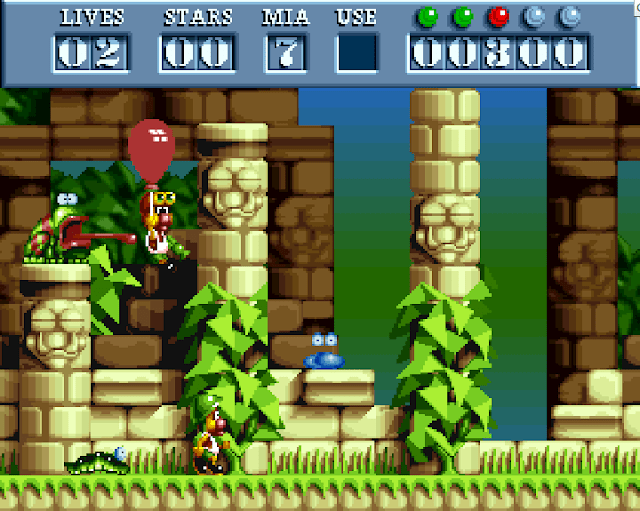 Just a little background about this. When I was working out the final memory requirements I set the game to 2Mb chip and played through the entire game, letting it load each section and all enemies plus the end sequence. Then quit hte game and looked through the memory dump.

Although in total the game uses far less than 2Mb chip, it (stupidly) has bits scattered all through memory. The game runs at $3000 which is very low, I imagine you couldn't allocate absolute memory at $3000 for the chip section. Then at some stage, it's writing to about $1fb000, which is almost at the end of chip memory!

I guess John Twiddy worked out what "safe" lengths for each section were and worked out a memory map along the lines of "this restore buffer here shouldn't need more than $2000 so it can go at $xxxxxx" and did that for the entire game.

So it's not such a trivial thing to change, even though if you totalled up all the memory required it would probably be more like 1.5Mb. It's just scattered in chunks
Click to expand...